At BioRender, we envision a world where science is universally communicated and understood through visuals. We believe science communication should always be fast, repeatable, and standardized.
VISUAL
Represent science with intuitive visuals that can be understood by everyone.
ACCESSIBLE
Anyone can use our platform - no drawing or design skills required.
UNIVERSAL
A standard visual language for science, so communication is seamless. 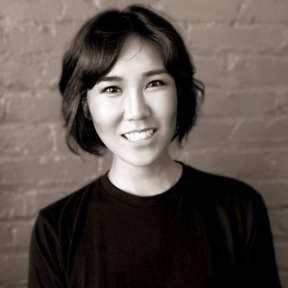 Our CEO and Co-founder, Shiz Aoki, was the Lead Medical Illustrator for National Geographic for a decade. Her illustrations brought science to life, capturing the minds and hearts of millions around the world.

After starting a medical illustration firm in Toronto, Canada, Shiz began to see a growing need for scientists to be able to visually communicate their science. As research visualization became more commonplace in the life sciences, more scientists approached her firm. Unable to keep up with demand, Shiz would be forced to turn scientists away, knowing that many wouldn’t have the resources to create their own illustrations.

So, In 2017, Shiz partnered up with Katya Shteyn and Ryan Marien to start BioRender, with the vision of empowering scientists to quickly, consistently make their own medical illustrations.

Today, we are a venture-backed startup and graduate of Y Combinator. We have users in over 40 countries around the world, and have built up a library of icons and templates from over 30 fields of biology. We’re passionate about science communication and driven to build an intuitive, practical product that empowers scientists to share their passion with the world.